The International Law of Colonialism

The International Law of Colonialism: A Comparative Analysis

The majority of the non-European world was colonized under an international law that is known as the Doctrine of Discovery. Under this legal principle, European countries claimed superior rights over Indigenous nations. When European explorers planted flags and crosses in the lands of native peoples, they were making legal claims of ownership and domination over the lands, assets, and peoples they had "discovered."

These claims were justified by racial, ethnocentric, and religious ideas of the alleged superiority of European Christians. This Article examines the application of Discovery by Spain, Portugal, and England in the settler societies of Australia, Brazil, Canada, Chile, New Zealand, and the United States.

The comparative law analysis used in this Article demonstrates that these three colonizing countries applied the elements of the Doctrine in nearly identical ways against Indigenous peoples. Furthermore, the six settler societies analyzed here continue to apply this law today to restrict the human, property, and sovereign rights of Indigenous nations and peoples.

This Article concludes that basic fairness and a restoration of the self-determination rights of Indigenous peoples mandates that these countries work to remove the vestiges of the Doctrine of Discovery from their modern day laws and policies. 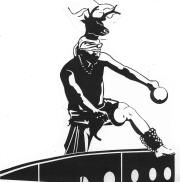 Submission to the United Nations
Permanent Forum on Indigenous Issues
May 7-18, 2012 UN Headquarters New York
Impact of the Doctrine of Discovery
“Colonization and Cognition,
Human Rights and Education”
A Pilgrimage of Purpose and
Self Determination 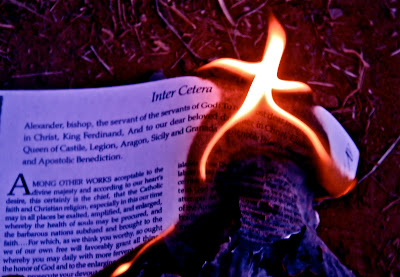 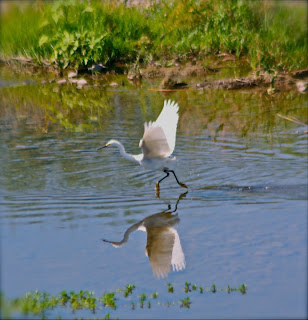 International Borders:
The Rights of Mother Earth and Indigenous Peoples


We call on the UNPFII to engage in partnership with Indigenous Peoples and the International Labor Organization (ILO) to conduct a study and submit a report to the UNPFII at its 11th session in 2012 on the implications and relevancy of the Preliminary Study on the impact of the Doctrine of Discovery as relates to the international obligations and processes codified in ILO Convention C169 with respect for the Human Rights and Fundamental Freedoms of Indigenous Peoples. In terms of processes of accountability for violations of these rights, perpetrated systematically by the imposition of international borders of government states on the territories of our Indigenous Nations, we recommend that specific focus for the study should be evaluation of the impact from local to regional, regional to continental, continental to global scales of ecology of the Natural World and our shared responsibilities as defenders of the Human Rights of the Future Generations and the Rights of Mother Earth.

Posted by chantlaca at 6:52 AM No comments: 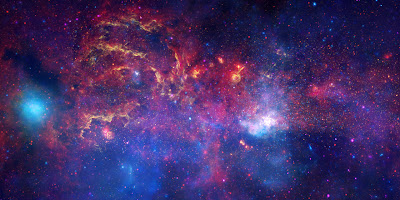 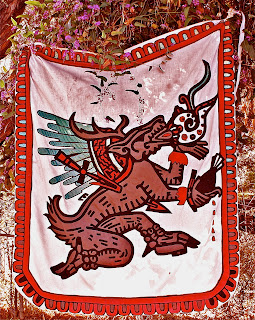 before the sky was turned black by war guns
of alien armies who came to put flame to
the land, searing scars of inhumanity and greed.

The echoes still roar -
hollow eyed sockets
of false reality still see those rockets,
scorching the earth with titles
of manifest destiny, against
whom
they stood,
they who are we
Indigenous Peoples
understood.

The stars will
return in the sky.

The concept of title in relation to land is a mythological construct, in which the world view of cultural identity is embedded and perpetuated across generations.

The simple reason is of course that the land is eminence itself, preexisting and outlasting any human society.  The relationship with the land, with the material world which emerges from the land, is then defined and evidenced by the traditional systems of inheritance and identity which perpetuate these teachings to the generations of the future. This is universal for all societies, but it is the traditional Indigenous Peoples from around the globe that create identity by ecological relationships to the constellations of families, mountains, rivers, deserts, nations, oceans and stars that define our homelands in the universe.

The societies of the European-American settlers do not.

The present systems of the United States and other governments states of the hemisphere which derive their justifications for jurisdiction over the land on the Divine Right of Kings to Dominion over the Earth and its Peoples, is pure myth.  Or better said, it is false myth -- a dead story with no teaching to teach but only a power grab to justify.

It cannot even hold coherence before the science of its own culture, now finally clarified that matter-energy are aspects of relationship to life, with automatic inflection by the world view of each clan, family, tribe, community, nation, and culture.

To claim ownership by land title today in view of the above is the equivalent of proclaiming that the world is flat. It is the position of a lost world, and a false reality.  It is an empire with no clothes.

Tlazolli : the sacred weaving of elements, our tie to Tonantzin –Our Sacred Mother Earth, the umbilical cord that connects Heaven and Earth (Mexico). It is what the religions of the world call love and the scientists call gravity. 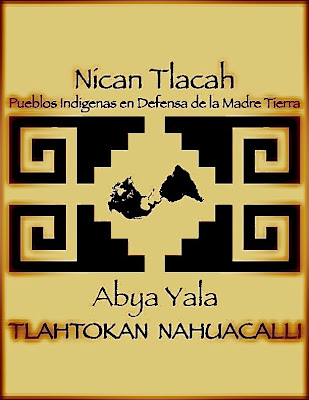 Links:
Wakeup Call from the Nightmare of Manifest Destiny 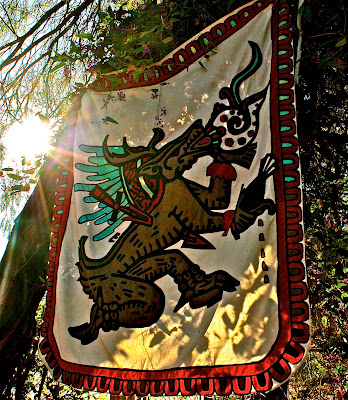 The West is a Guest

In 1848, the same year as the signing of the Treaty of Guadalupe Hidalgo ending the war between the United States and the Republic of Mexico, an experiment in techniques of colonization of the Indigenous Peoples and territories was initiated among the Donahguh (Seneca), one of the member nations of Haudenosaunee Six Nation Iroquois Confederacy.  Traditionally known as the People of the Longhouse, the Six Nations are the aboriginal sovereignty of the territories that came to be identified by the geography of the European colonizers as first New Amsterdam and then later, New York.

The experiment was spearheaded by the Christian religious group known as the Society of Friends (Quakers), who had been successful in converting some of the Senecas to their belief system.  These converted Christianized Indians were to serve as representatives of the Seneca Nation to the governments of New York and the United States under a new regime to be implemented under a tribal council established through an elective system.  In essence a political coup, displacing from the decision making power over Seneca resources, membership and policy the traditional clan system of the Longhouse that had served the Haudenosaunee for generations, the establishment of elective systems with Tribal Council identities controlled by Washington began in 1848 with the Seneca and served as the model for federal control of native lands, populations, and identity for the next century.  While these programs of colonization continue today in advanced form among the federally recognized tribes under United States jurisdiction, the resistance of the Indigenous Peoples and the resiliency of our traditional government systems has also been uninterrupted, continuing to be assertive of the Right to Self Determination by implementing our own ancestral forms of self-governance within our traditional territories.  At the international level, this technique of collective political assassination by the creation of a political entity that usurps the symbolic identity of a native nation can be seen in the establishment of the Republic of Mexico in 1836 within the orbit of Hispanic control.

In the Xicano Studies courses taught by the University of Aztlan some thirty years ago, the question was asked “How could Mexicanos become U.S. citizens by the Treaty of Guadalupe Hidalgo in 1848 when U.S. naturalization laws then in effect admitted into U.S. Nationality and Citizenship only those who could fulfill the racial criteria of being “WHITE”?  These courses were sometimes assignments in self directed study, such as research missions to the primary sources of the studies by Lewis Henry Morgan; sometimes the study involved strategy and tactics of indigenous self defense such as the Wounded Knee conflict in South Dakota in February of 1973. In all cases, in all courses, the curriculum involved searching for the threads of our indigenous identity that had been shredded by 500 years of genocide and strengthening the community building capacity and skills of our movement in order to rebuild our Indigenous Nations.  Along the way we realized that there was common element in the enemy concept, a psychological strategy that was being disguised as a form of jurisprudence:  a legal system.

The Maoris of Aoteroa have called it the “jurisprudence of oppression” referring to the colonizer’s systems of law that are the psychological instruments of colonization, implemented by physical force, establishing the context of rights, responsibilities and wrongs for the human society of a particular territory.  The bottom line is that these psychological systems establish the parameters of context for behavior and thought, identifying and protecting that which is “civilized” as opposed to savage, legal as opposed to criminal.  At the international level, the systems coincide and collaborate within the context of what is described as the United Nations system, a system controlled by government states in proportion to their respective economic and military power.

All legal systems are based on the customs and traditions of the Peoples from which they derive.  We too, as Indigenous Peoples have our own systems of jurisprudence; we call them the Tradition.  What is critical, now more than ever, is an effective evaluation of the relationship of these systems to the precept of justice, expressed in terms of the reciprocal nature of our global humanity. 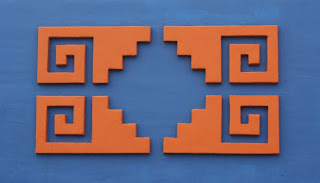 Our tradition as Xicanos teaches that the principle of equilibrium within the ecosystems of the universe of the FOUR DIRECTIONS is integral to the concept of justice in the human realm.  This for us – defines for us, the courtroom of our collective community judgment.  Self definition is the precept of self determination, and warrants self defense in terms of the current global campaigns of psychological warfare that dominate the agenda of the so called “civilized world”.

From this courtroom, from the OrigiNations themselves, a Warrant of Arrest is issued: not to incarcerate but to Liberate.  From within, the swirling space of sacred elements resonates with a voice that emerges from the future generations: the voice is echoed by Totatonatiuh (Father Sun) and Tonantzin (Mother Earth).  It is not one, but all Nations under God, and in terms of Civilization, here, on this our homeland as Indigenous Peoples – the West is a Guest. 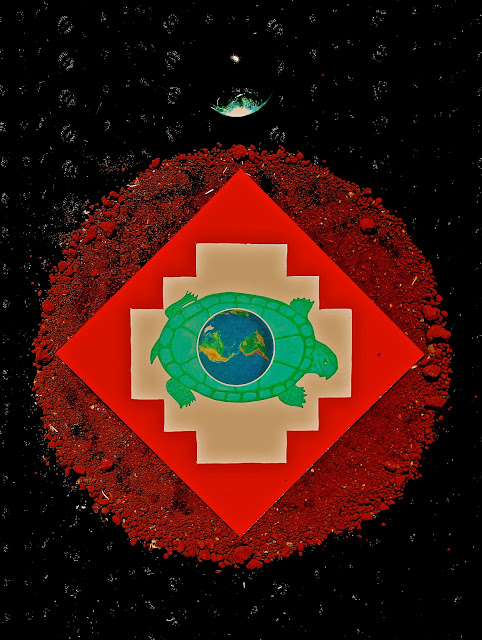